We use cookies to make your experience better. By remaining on this website you indicate your consent. Learn more. 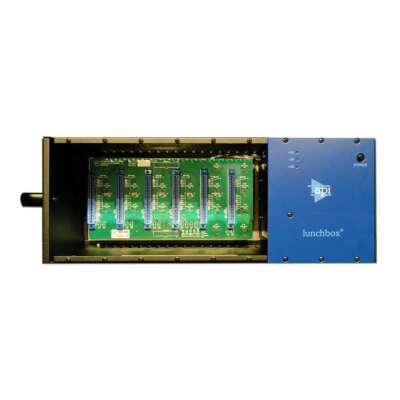 
Other uses for the versatile API 500-6B lunchbox include:


*NOTE: The older 560A equalizer may use pin 15 for a "direct output" and must be disabled on the 560A circuit board edge connector by cutting a trace. This will eliminate 48 volts from damaging the 560A series equalizers.

The rear panel of the 500-6B lunchbox has two 8-channel DB-25 connectors for input and output, plus eight XLRF inputs and eight XLRM outputs. Why does a 6-space lunchbox have eight outputs? Glad you asked. XLR 7/8 connectors are for throughput from the 8-channel DB-25 connectors to channel 7/8 XLR inputs and outputs. This enables you to connect additional outboard gear to an audio interface, for example. There is also an IEC power connector and AC power selector switch for international use.

Pack your API 500-6B lunchbox with goodies and go old school analog. For more information, call or chat with an RSPE representative.